In 2014 we began an annual tradition of looking back a decade later at how a broad range of wines have developed. In February, we will turn our attention on the 2008 vintage. At this horizontal tasting (horizontal referring to tasting several wines from a single estate made in a single year, as opposed to vertical, which would imply a tasting of the same wine across several vintages) you can join us as we open 10 different wines from 2008, including the 2008 Esprit de Beaucastel Blanc, 2008 Esprit de Beaucastel, and 2008 Panoplie. The cost is $60 for wine club members and $75 for guests and non-members. This event is sure to fill up early. To reserve, email wineclub@tablascreek.com or call 805.237.1231 x236. 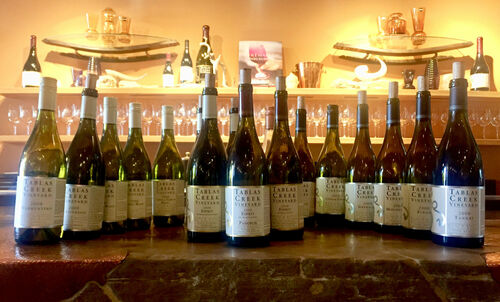