L.A. Times: How California Vintners Are Adapting to Climate Change 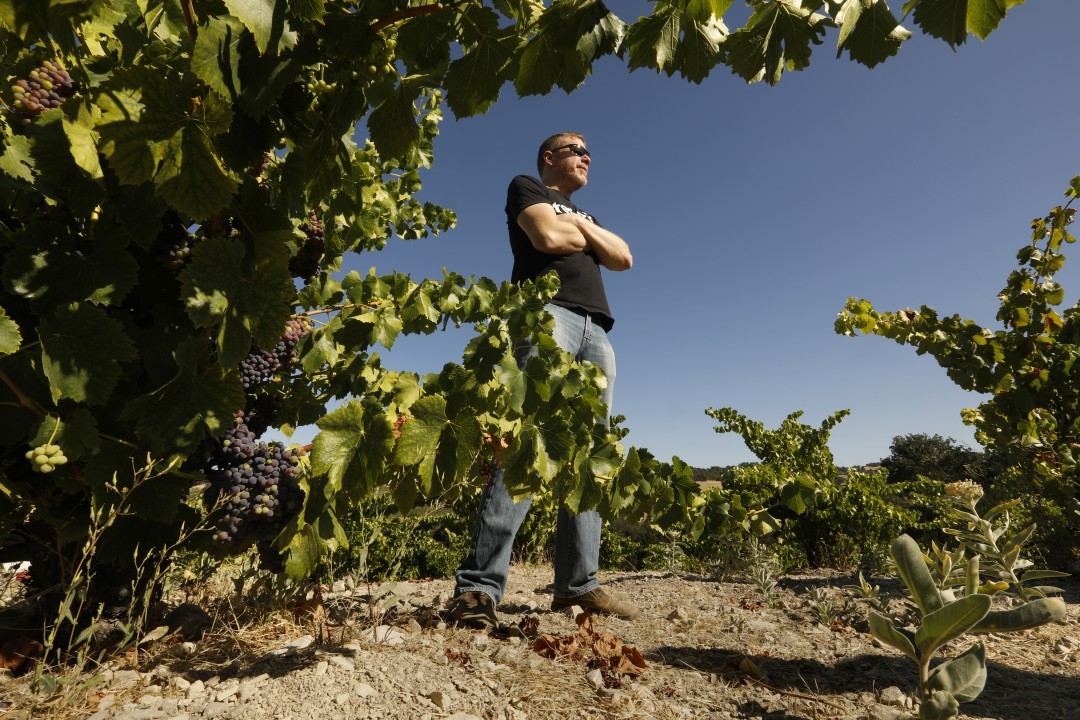 In his article "Fire, smoke, heat, drought — how climate change could spoil your next glass of California Cabernet" four-time Pulitzer Prize Finalist Steve Lopez speaks to our Jason Haas, the original Rhone Ranger Randall Grahm, and a handful of other pioneering California vintners about the challenges presented by climate change and how we are adapting to them. From the article:

You don’t have to cross an ocean to see what’s possible. I settled instead for a trip to Paso Robles.

Jason took me to the top of a hill at Tablas where Grenache and Syrah were planted about 15 years ago. They were spaced farther apart than is common, so roots have less competition for water. Haas keeps a herd of 200 sheep as farmhands. They weed the vineyard, their fertilizer helps the soil hold water, and their hooves cultivate rather than compact the earth.