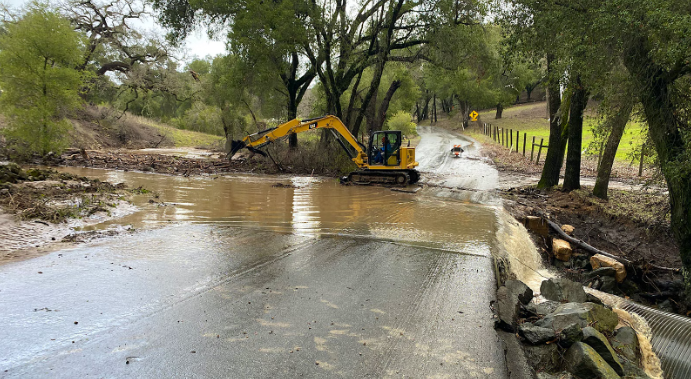 In a new article from Wine Spectator, Proprietor Jason Haas discusses the effects the rain we've received so far will have on the vineyard and winery operations. From the article:

"There's good and bad," Jason Haas of Tablas Creek in Paso Robles told Wine Spectator. "The good is that we've surpassed our annual winter rainfall average, and after consecutive drought-reduced vintages that is a relief." He adds that cover crops in his vineyards were established enough to keep erosion to a minimum, and the hilly topography and [porous] calcareous soils mean there's really never standing water around the vines.