Join Winemaker Neil Collins as he tastes through select wines with a guest of his choice.

In a special Vintage Paso Weekend edition of the show, we're excited to host John Munch, co-owner and original winemaker of Le Cuvier.

John hired Neil at Adelaida Vineyards when he was first getting into the wine industry. Neil and John have grown together as both winemakers and historians of Paso Robles as a wine region. We're very excited to see what bits of history this conversation brings up. In this special edition of the show they will be opening up vintage wines from their days together at Adelaida and the early years of Tablas Creek.

*If you want to taste along with Neil and John, we suggest grabbing that older bottle of Paso Robles wine that you've been waiting for an excuse to open. 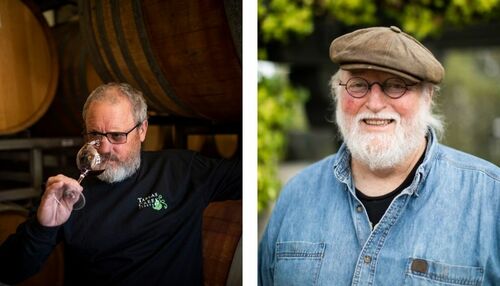